Dubicz Winery and Vineyard is a wine cellar with 115-year history and 100 hectares of own vineyard that focuses mainly on white wines. Combining the great conditions of Mátra Wine Region with the traditions and the latest technology we offer reductive white wines with high content and full-bodied wine specialities fermented and aged in barrels beside our fresh, aromatic and light wines with excellent value for money.

Viticulture had been the most significant profession in the life of Gyöngyös except for the last 70 years. Vine was cultivated already in Roman times in the southern slopes of Mátra. The significance of viticulture is demonstrated by certificates mentioning the vines in the early times: on the side of Sárhegy Sár (Abasár) [1042], Gyöngyöspüspök [1261], Gyöngyöshalász [1271], Gyöngyöstarján [1275], Gyöngyösoroszi [1275], Gyöngyös [1301].
Also in the medieval centuries wine growing and wine trade of the region and Gyöngyös was very important. This is demonstrated by countless royal patents and build up trade routes.

1334: on the basis of a royal pattern the serfs were allowed to trade with the products grown on their land, including grapes and wine.

1480: Based on the royal pattern issued by Mátyás the wine of Gyöngyös was delivered to the towns of Upper Hungary.

Since the 16th century Gyöngyös and the area have produced quality wine; 80% of the city earned their living by it.

In addition to the numerous wine cellars of the town significant cellar construction works started from 1785 in the andesite tuff stone of Farkasmály.

Cellars in Gyöngyös were built below the houses and not outside the town. Almost every building still has a wine cellar.

The Prysil cellar of Saint Bertalan Church was built in the 13th century.

The cellar below Fő tér No. 11 was built in the 15th century.

The cellar below Petőfi street belonging to the building No. 25 was built in the 18th century.

In 1804 important enlargements were performed in the cellars below Jókai and Kossuth street.

Also world travellers praise the wine of Gyöngyös:
“There is no wine resembling it neither in Arabia nor in Adsem” stated the Turkish Evlia Csalebi in 1664.

Mátyás Bél (founder of local history writing in Hungary) praised the wine of Gyöngyös in 1730 and Pál Kitaibel (famous botanist and medical doctor) did the same in 1803.

At the end of the 19th century the Oroszlán Lodging House stood on Búzapiacz square, which house had been built on the territory belonging to Orczy Castle in the middle of 18th century.

The castle was originally built in baroque style, and it was rebuilt in classicism style around 1824, the construction was performed based on the plans of Lőrinc Zofalh; a landowner of Gyöngyös, Lőrinc Orczy had built it in 1770.

Before beginning the construction, an announcement was made in 1897 in order to set up the Cooperative of Wine producers of Gyöngyös -Visonta by the small producers of the Gyöngyös area for the purpose of wine processing and trading. The bank bought a land of 180 acres for this purpose from the heiress of Orczy family, Lady Westphalen-Rhabban Princess Anna Auersperg. The Cooperative of Wine producers of Gyöngyös-Visonta was founded some years later, in 1901 with 256 business shares and with 5800 koronas of stock. Even after some years of operation it was not able to make profit and it did not even have a site thus the wine was processed and stored in various rented premises.

The cooperative was transformed into a share company in 1905 and they bought the Oroszlán Lodging House located on the northeast corner of Búzapiacz square the same year. The transformation of the building and the enlargement of the cellar started but production could be performed in the building form the year 1906. Therefore, the year 1906 can be considered the first year of wine production performed behind the present walls. The first reconstruction of the originally one-storey and austere lodging house was finished in 1909. The two-storey central building was built that time and also the one-storey wings towards North and South were designed that time.
The management of the company at the time of foundation:

President: György Borhy – Imperial and royal naperer, landowner who exploited his knowledge and talent in economy after legal and military studies.
General Director: Rezső Hajuska – he was given this position for being an outstanding trader
Board member: Kálmán Török archdeacon provost – who was a member of Parliament representing Gyöngyös that time
Board member: János Kemény – Mayor of Gyöngyös that time

Borpalota was a proud owner of modern equipment for winery of European standard already before the World War I. The incoming grapes were processed in grape mills operating with machine power then with wine presses driven by wheels, then the grape juice went through enamelled drains into 19 pieces of reinforced concrete and glass barrels with a total capacity of 8000 hectolitres which were fabricated in 1907 by a Zürich company. After the first fermentation the wine was aged in wooden barrels, the capacity was 12,000 hectolitres that time. Sixty barrels had the capacity of 100 hectolitres. After the necessary treatments the ready-to-sell wine was transported to the bottler by elevators.

A price list from 1910 is preserved which shows the types and prices of wines sold by Borpalota. The company had representation both in Budapest and Vienna that time.

Scenes of the life of Borpalota and the era from the early 20th century.

After the World War I in the 1920-30’s another restructuring of market players is observed. The bigger and better funded corporations acquire several smaller companies. From 1924 the leader of wine, pálinka and cognac production in Gyöngyös was the Industria Rt whose owners are the same as that of Borpalota however Borpalota preserved its independence. The management was transferred from the initial leader Rezső Hajduska to Ádám Kunder. The reconstruction took place in 1920s (1920-22) in the course of which the one-storey street front wings of the building became two-storied, the master builder was Adolf Kollár.

In 1934 György Dubicz and his family changed their ancient surname Dubicz to Dunai meeting the social expectations of that time.

There are hardly any available data about the operation and economic results of Borpalota in the 1930s. The starting World War II affected the whole economy including the life of wine producers in Gyöngyös and the Gyöngyös area. The building was the property of the Cooperative of Gyöngyös-Visonta until 1940. It was later bought by the wine trader Hajdú family who were killed by the Nazi war machine in 1944. Their ownership was annulled in 1946 when the building was privatised for a short time again then it was socialised in 1951.

As a result of the increasing collectivization process in the 1960s the Mátra Kincse and later the Gyöngyös-Domoszló State Farm more and more overshadowed the Wine Distribution Company which was a tendency until 1990. At the time of regime change the former Borpalota was part of Egervin Rt. Later it has been privatised and several changes of ownership took place.

Further scenes from the second half of the 20th century.

Sample of labels of mostly white wines produced in the era.

Further scenes from the second half of the 20th century.

Sample of labels of mostly white wines produced in the era.

In the early 2000s Tibor Báthori joined the winery who won the prestigious award of the “Winemaker of the Year” in 1992. He started the transformation of cellar technology and the introduction of reductive procedure. Honouring his imperishable merits made for the winery the wine family Fríz is still poured in his bottles. 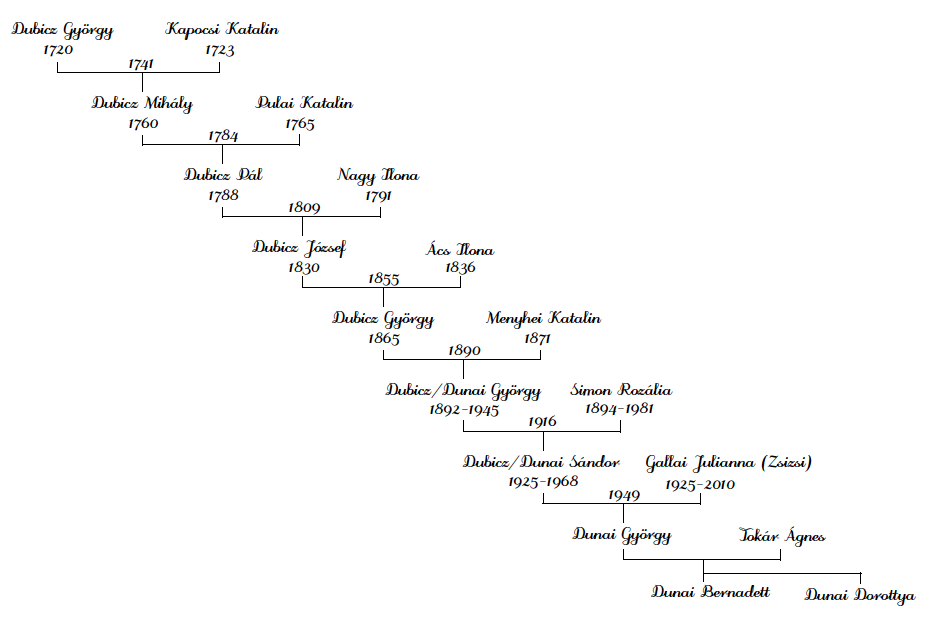 Our family has been the owner of Borpalota Winery operating in the building and wine cellar of Borpalota since 2003. We focused on the modernisation of the long-established cellar and on the production of high quality wines of Mátra. In the recent years we equipped the winery with the most up-to-date winery technology. We put particular emphasis on producing wine from our own high-quality grapes therefore we kept buying vineyards and we still replant the old vineyards of poor quality.

In 2016 we think the time has come to lend our name to the wines made by us and guarantee thereby the high quality and enhance the personal relationship with the consumers. From now we appear before the public under the name Dubicz Winery and Vineyard, but the symbol of the building will still be a part of our logo as a respect for the cellar’s traditions.

We cultivate today 123 hectares of vineyards the most of which is our own vineyard.

In our renovated spectacle-cellar the visitors have the chance to make a wonderful time travel to the world of wines.

The availability of our wines on the market is improved now in the whole country thanks to the growing sales network.

The whole offer of the winery can be tasted in our tasting hall with the capacity of 50 people.

Meet the best Dubicz wines throughout the county

You can login using your social profile
Problem with login?